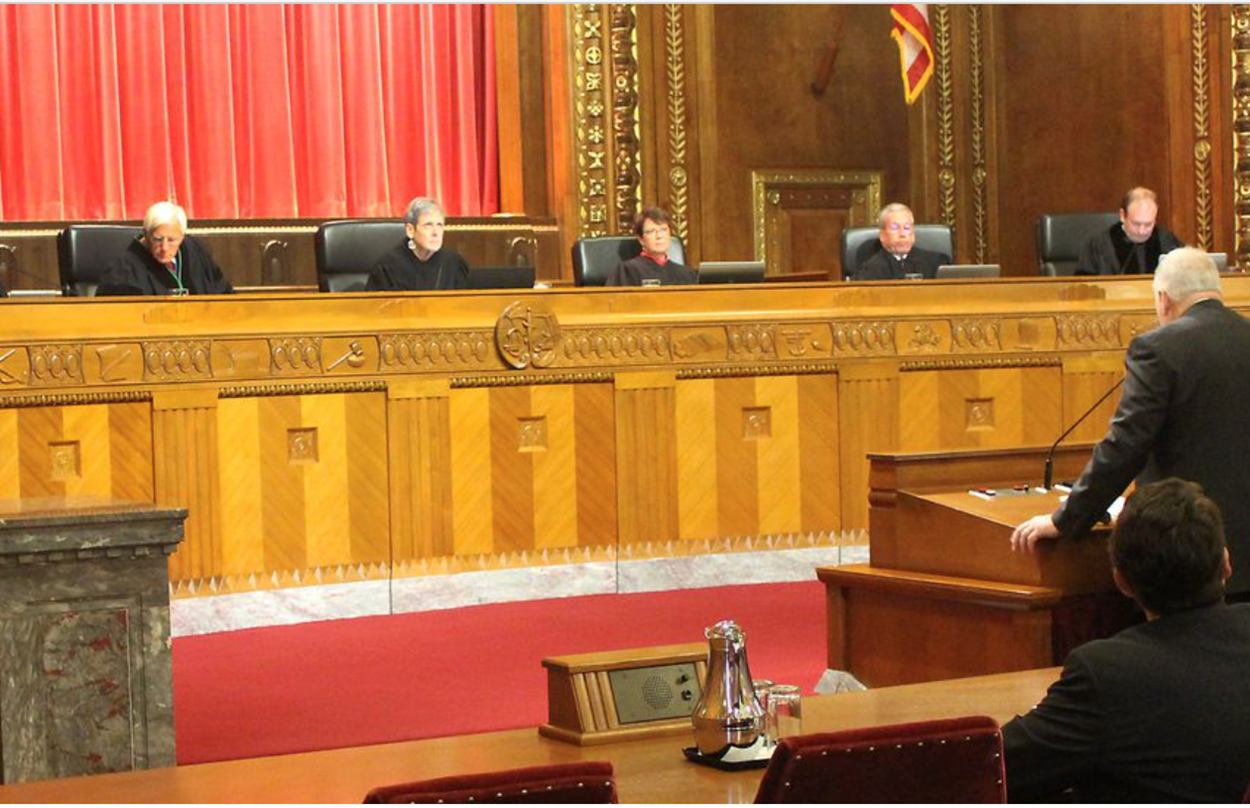 Opinion from the Columbus Dispatch and the Butler County Journal-News, October 11, 2020

Depending on what voters decide, injured Ohioans, and Ohio’s utility customers, might, or might not, come out ahead in November.  Two of the Ohio Supreme Court’s seven members are running for reelection: Republican Justices Judith French and Sharon Kennedy.

The Supreme Court is now 5-2 Republican. If Brunner and O’Donnell win, the court would be 4-3 Democratic,

Ohioans are supposed to think their Supreme Court doesn’t have much leeway in making decisions: The Ohio Revised Code is just a big cookbook, and justices merely follow its recipes.

When a jury in Republican Delaware County heard how a senior pastor forced intercourse on a 15-year-old female parishioner in his office, the jury awarded her $3,651,379 in damages; of that, $3.5 million represented “pain and suffering ... mental anguish, and any other intangible loss.”

But a 2004 “tort reform” sponsored by then-state Sen. Steve Stivers, a suburban Columbus Republican now in Congress, forced the lawsuit’s Common Pleas judge to hammer down the damages to $500,000. And the Supreme Court, in a 2016 plurality decision, said that was OK. Justice French wrote the lead opinion upholding the damage caps. Justice Kennedy concurred in Justice French’s opinion.

In fairness, bipartisan Ohio Supreme Court majorities have at times killed anti-injured-person laws. In 1999, two Democratic justices and two Republican justices overturned a 1996 “tort reform” (House Bill 350) that tried to slash the damages an injured person could collect and, in a nervy swipe at the judicial branch of state government, also tried to re-pass earlier anti-plaintiff laws judges had spiked.

Then consider the “heads I win, tails you lose” doctrine Ohio’s Supreme Court follows when it overturns a utility rate that had been OK’d earlier by the Public Utilities Commission of Ohio.

Here’s how the no-refund dogma works: The PUCO approves (big surprise) a higher rate that, say, your electric utility wants. Then the electric company starts collecting the higher rate.

Although it may seem counter-intuitive, the Ohio Supreme Court does sometimes overturn a utility’s PUCO-approved rates. So: You’re a customer. You’ve been paying the now-overturned rate. You, the over-charged customer, get a refund, right?

Wrong: You don’t. A musty Ohio law, dating back to at least 1911, in a bill creating what’s now the PUCO, forbids refunds.

In 1957, in what’s known as the Keco case, the Supreme Court entrenched the no-refund provision in case law. A few years ago, then-Supreme Court Justice Paul E. Pfeifer, a Republican maverick from Bucyrus, denounced the no-refund law when a Supreme Court majority let Ohio units of American Electric Power Co. keep rather than refund customer money from an overturned rate.

Justices French and Kennedy concurred in that 2014 no-refund opinion, written by a third Republican, then-Justice Judith Lanzinger. “It is unconscionable,” Pfeifer wrote, “that a public utility should be able to retain $368 million that it collected from consumers based on assumptions that are unjustified … Keco should be overturned.”

Unconscionable it is, but that’s still the law of Ohio – unless, someday, an Ohio Supreme Court majority decides it shouldn’t be.

Thomas Suddes is an adjunct assistant professor at Ohio University. Previously, he was a veteran Statehouse reporter for The (Cleveland) Plain Dealer.