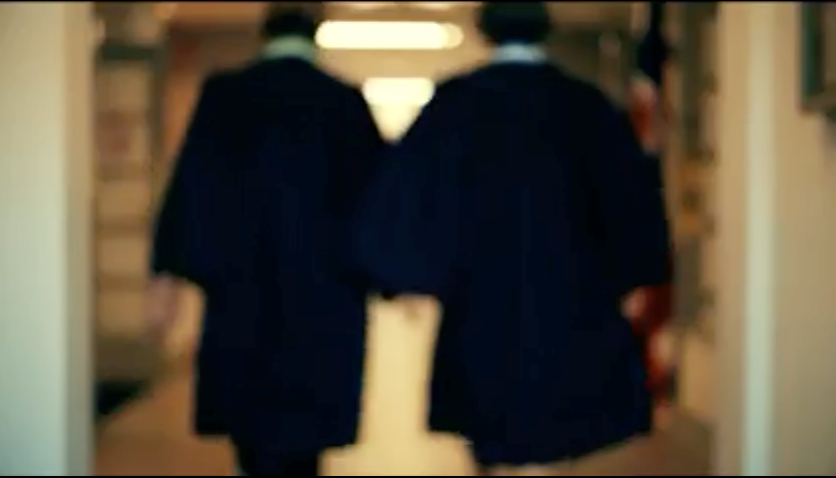 The ad: A 30-second commercial from the Republican State Leadership Committee, a tax-exempt nonprofit that spends millions of dollars nationally to support Republicans running for state judicial and down-ticket offices, that attacks Ohio Supreme Court candidate Jennifer Brunner, a Democrat.

The script (narrated by a female voice): "Justices Sharon Kennedy and Judy French have strong records of making sure predators stay behind bars. But, Judge Jennifer Brunner threw out evidence against a teacher who was accused of using a hidden camera to record underage girls undressing, ruling that the search was flawed. Thankfully, the Ohio Supreme Court disagreed and overruled Brunner, ruling that her decision wrongly excluded key evidence. Reckless judges like Brunner risk our children's safety. Strong judges like Kennedy and French protect them."

Video images: The spot opens with photos of incumbent Justices French and Kennedy, Republicans running for re-election. It then transitions to an image of Brunner before showing a black-and-white "hidden camera" view of a teenage girl dressing. It then shows an image of the Ohio Supreme Court's chambers and an image of Brunner and text that reads "Reckless judges like Brunner risk our children's safety." It closes with images of French and Kennedy with text reading "Strong judges that protect our children."

Analysis: The implication that Brunner, who is running against French, freed a child predator is misleading. The ad concerns her ruling in a 2-1 10th District Court of Appeals decision involving Lawrence Dibble, a former teacher at Wellington School in Upper Arlington. He pleaded no contest in 2013 to 17 felony counts of voyeurism and was sentenced to four years in prison.

Brunner and Judge Gary Tyack, a Democrat running against incumbent Republican Ron O'Brien for Franklin County prosecutor, ruled in 2017 that police conducted an "unreasonable search" of Dibble's home for incriminating videos of girls undressing.(O'Brien also is using the case to attack Tyack in a TV commercial.)

The appellate decision was not about the prison sentence of Dibble, who was freed three years into his sentence by a trial court judge and placed on house arrest while his case was on appeal. The ruling, though, continued his supervised release while O'Brien appealed to the Ohio Supreme Court.

The high court ruled 5-2 on Feb. 20 to overturn the ruling by Brunner and Tyack, finding that while a search warrant was flawed, police acted in "good faith." Kennedy, who is opposed by Democrat John O'Donnell for re-election, was in the majority overturning the ruling.

However, French did not participate in the case. Republican Chief Justice Maureen O'Connor and Justice Michael Donnelly, a Democrat, dissented. (O'Brien now is asking the trial court judge to send Dibble back to prison for the remaining year on his sentence.)

Based on the commercial's assertions, the GOP chief justice and Justice Donnelly also are "reckless judges" that risked the safety of children with their votes to uphold Brunner's ruling. And while the ad gives credit to French, she did not vote in the case.

In a similar vein, Democrats accuse French and Kennedy of not holding child predators and their enablers responsible. French wrote a 2016 ruling, joined by Kennedy, that held the state limit of $350,000 on pain-and-suffering damages applied to sexual assault victims, disallowing a jury award of $3.5 million to a 15-year-old girl raped by her Delaware County pastor and for which church officials were found liable.