With control of Ohio Supreme Court up for grabs in 2020, Democrat Jennifer Brunner announces run 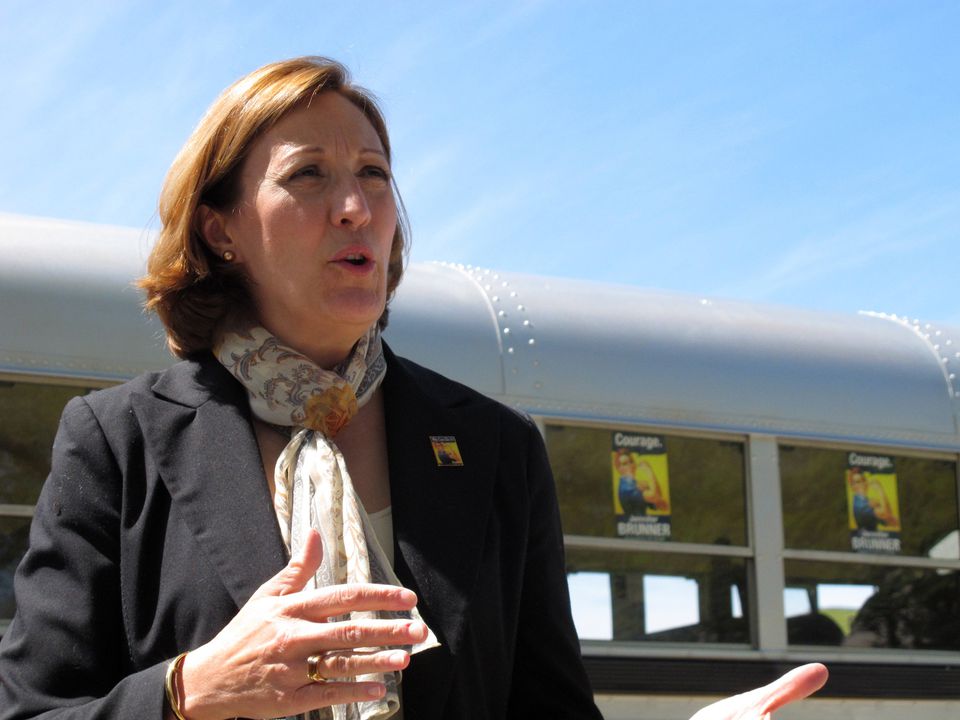 Former Ohio secretary of state Jennifer Brunner seen in an April 2010 file photo. Brunner, now a state appellate judge in Franklin County, has announced she is running for a seat on the Ohio Supreme Court next year.

COLUMBUS, Ohio — Ohio’s biggest state-level political fight of the 2020 election is starting to come into focus, after former Ohio secretary of state Jennifer Brunner announced over the weekend that she’s running for the Ohio Supreme Court.

Brunner announced her candidacy somewhat unceremoniously over the weekend, breaking the news to a meeting of county-level Democratic Party chairs in Columbus.
While there had been rumors in Democratic circles that she was considering a run, the timing of her announcement came as a surprise, those in attendance said.

“There aren’t that many candidates entering these races with such a strong standing, good name and good reputation,” said Ohio Democratic Party Chairman David Pepper. “Her decision to run, I think, will make big waves across the state for us.”

State supreme court races aren’t usually top of mind for voters or even political professionals. But the stakes could be higher this year — the Ohio Supreme Court would hear any legal challenges to the new state legislative lines that will be re-drawn in 2021. The court also could play a more central role in adjudicating hot-button social issues like abortion, if the increasingly conservative U.S. Supreme Court ends up sending those issues back to the states to decide. Finally, with no other statewide, non-presidential races on the ballot next year, the race is expected to get closer-than-usual attention from the state parties.

Ohio Republicans have said they’re particularly focused on the Ohio Supreme Court after Democrats Melody Stewart and Michael Donnelly picked up two seats in November 2018, a bright spot for Democrats in what was otherwise a strong election for the state GOP. Republican leaders prioritized resources toward helping Mike DeWine beat Democrat Richard Cordray, allowing the Supreme Court races to fly more under the radar.

“I think folks were a little surprised last year,” said Mike Hartley, a Republican strategist and former lobbyist for the Columbus Chamber of Commerce. ”…I think everybody’s been put on notice that these races are incredibly important, and the folks who care about the Supreme Court will respond in kind.”

And in Ohio, Supreme Court candidates run in November without their party affiliation appearing on the ballot. This can make judicial elections more a crapshoot, placing an increased significance on fundraising — and the advertising it buys — as well as the “name game,” with recognizable, and particularly Irish-sounding names seen as offering an advantage. Pepper said the Ohio Democrats also have focused on encouraging their voters to fill out their entire ballot, combating the tendency people have to drop-off and leave the bottom of the ticket blank.

Bill Demora, a Democratic strategist who’s managing O’Donnell’s campaign, said that business and insurance groups have pledged to make sure the Republican incumbents are well-funded.

“I’ve been trying to talk for months to our allies that the other side is doing this,” Demora said. “This is the most important election for the court seats in a long time,” he said.
Another Democratic Cuyahoga County Common Pleas judge, Administrative and Presiding Judge John J. Russo, also is considering running for the Ohio Supreme Court, according to Jeff Rusnak, a Cleveland political strategist who is advising him.

Brunner said Saturday she is running to challenge French, while O’Donnell, who launched his candidacy last April, has been circulating petitions for both seats.

Demora told cleveland.com he was “caught by surprise” to hear Brunner say she was running for French’s seat. But he also said he’s hoping the party will avoid an expensive primary, allowing them to organize early and prepare for a competitive race.

“Just like last year when both Donnelly and Stewart circulated petitions for both seats and worked out which seat later, I expect we will do the same thing this year,” he said. “Judge O’Donnell is a team player, and we will do what is best for the party and everyone involved.”

Brunner has served on the 10th District Court of Appeals in Franklin County since 2014. She was Ohio’s Secretary of State from 2006 to 2010, when she opted to run for the U.S. Senate rather than seek re-election. She lost the Democratic primary to then-Lieutenant Gov. Lee Fisher in what turned out to be the last year Democrats controlled state government.